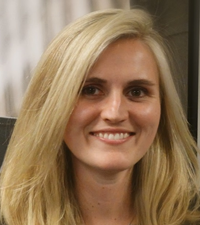 Zoe Lindemuth is a Director at The Meehan Aviation Group (TMAG). Ms. Lindemuth has a decade of experience and has primarily worked with airports to analyze their strategic position through market analysis, short-term and long-term forecasting, economic impact and the airport’s profitability to the air carriers that serve the airport. She delivers analytical work that is valuable to the client and to TMAG.

Ms. Lindemuth has worked in more than 50 cities worldwide. Most recently, she was a part of HMMH’s team with the FAA on the Interim Fly Quiet Analysis. During this project and the 2015 Re-Evaluation of the O’Hare EIS, Ms. Lindemuth worked closely with the FAA in Chicago. Ms. Lindemuth is currently a valued member of the team on the Environmental Assessment of the Chicago O’Hare Terminal Redevelopment Plan that is being led by HMMH.

Ms. Lindemuth is also currently working at Ontario International Airport where she has developed a catchment area analysis of the entire LA Region and from that conducted a long-term forecast for the region and the airport.

In response to Covid-19, Ms. Lindemuth has conducted a series of analyses that examine the impact that airport costs will have on the airlines that serve the airport. She has completed this analysis for the Port Authority of New York/New Jersey and Ontario International Airport. In addition, Ms. Lindemuth has helped create recovery plans for Miami International Airport and is about to begin similar work for the Commonwealth of Virginia’s commercial airports.

Ms. Lindemuth is also expert in calculating the profitability of U.S. airlines hub operations, including Chicago’s hub carriers, United and American. She created hub P&Ls for the Chicago Department of Aviation to help further inform the airport of their strategic position within the carrier’s networks.

Ms. Lindemuth holds a Bachelor of Science in Finance from Villanova University and a Master’s Degree from Rosemont College.