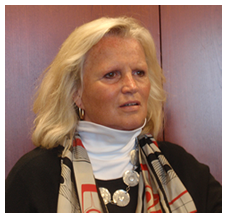 Deborah Meehan is the President and CEO of The Meehan Aviation Group (TMAG).  She has been in the aviation industry for 30 years and is a leader in airport forecasting and public policy.  Deborah has been the President of two of the largest, most successful aviation consulting firms–InterVISTAS  and SH&E.  For both of these firms she led them to be the leader in Air Service Development and P3 and served as an expert witness on aviation demand in 5 separate proceedings.

Deborah has been a leader in policies that affect U.S. airports.  She testified before United States Congress on two subjects—establishing aviation ties to Cuba and instituting a Pilot Program for P3 projects at U.S. Airports.

Deborah works at the highest levels at airports in Chicago, Boston, Miami, Los Angeles and Ontario. She is expert at forecasting demand for multi-airport markets including Los Angeles, Washington, San Francisco, Dallas, Chicago and New York.  She is now working on a research paper that studies the externalities associated with the recent concentration of demand at large hub airports while smaller airports go underutilized.  The on and off-airport congestion associated with passengers traveling away from the closer airport, to a more distant airport results in significant time lost and higher levels of pollution.

In the Covid environment, Deborah has been called upon by numerous airports including the Port Authority of New York/New Jersey and Miami International Airport. The unprecedented loss of demand has put our nation’s largest airports in difficult financial position that requires careful analysis and strategy to help navigate the uncertain future.

She brings to TMAG years of experience working with airlines and airports. She focuses on devising strategies for airports that can be brought to airlines as immediate and profitable route opportunities. Deborah believes strongly in the efficacy of airports working with airlines and has developed an effective approach that includes empowering stakeholders to provide the final impetus for offering service at both. Ms. Meehan recognizes the vastly different challenges facing different sized airports.

Deborah was President of the Airports Consultant Council and an advisor to ACI.

Deborah is a graduate of the University of Massachusetts and Harvard University’s Kennedy School of Government.

You can contact Deborah Meehan directly via email @ dmeehan@meehanaviation.com